Great Wine Capitals – All You Need to Know

So what is Great Wine Capitals?

The Bordeaux Chamber of Commerce founded Great Wine Capitals (“GWC”) in 1999. Today GWC is a global wine network that encourages travel, education and business exchanges between each of the member cities.

In 2016, Adelaide became a member of the GWC Global Network alongside: 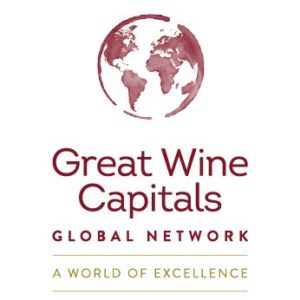 This year, more than a hundred wine and tourism professionals from the above member cities met in Bordeaux to celebrate the 20th anniversary of the GWC Network.

Why is Adelaide the GWC of Australia and what are the benefits of the global membership?

Adelaide joined the GWC Global Network in 2016 after Melbourne withdrew their membership. While Melbourne is a great city, it is my belief that Adelaide is in fact the rightful GWC of Australia.

I mean how could we not be?

South Australia is the most prolific wine producing state, with 50% of the total wine made in Australia, made here in SA. We also produce 80% of Australia’s premium wine and we have some of the most iconic Australian wine regions including McLaren Vale and the Barossa Valley. Our state is home to some of the oldest producing vines in the world.

The South Australian wine industry is also well served by the presence of national industry representative, wine research and educational bodies such as the National Wine Centre, The University of Adelaide, Australian Vignerons, Wine Australia, The Winemakers Federation of Australia, and the Australian Wine Research Institute.

The many benefits of GWC membership include but are not limited to:

Adelaide’s acceptance into the network is a reflection of South Australia’s growing standing in the global wine community.

Participation in the global network is something to be proud of and it will only help us to strengthen our international reputation for premium wine and wine tourism.

GWC and the European Grapevine Moth

A great example of the benefits of being involved in the Great Wine Capitals Global Network is the incredible story of how Napa Valley’s membership helped them combat an outbreak of the European Grapevine Moth.

The outbreak of the moth posed a severe risk to the regions grape production capacity. The moth larvae are particularly destructive in the vineyard as they feed on flower clusters, immature berries and mature berries.

In the early 2000s Napa Valley hosted the Annual General Meeting of the Great Wine Capitals Global network, where the former Napa Country Agricultural Minister David Whitmer made friends with the Director of Agriculture of Florence, Gennaro Giliberti.

During the 2009 harvest, the first Northern American sighting of the European Grapevine Moth was reported in Napa Valley. Whitmer thought of his Italian friend and called on him for assistance. Soon after, scientists from Chile, France, Spain, Germany and Italy were engaged for the purposes of eradicating the pest.

In 2016, it was declared that the European Grapevine moth had been successfully eradicated from the Valley. While a number of professionals were involved in the moths eradication, Whitmer credited the fact that Napa’s membership of Great Wine Capitals Global Network had provided the networking opportunities to create a contact list of experts who could be called on during an emergency  – what a story!