Pam Dunsford grew up in an era where young women did not hold winemaking positions.  Having studied a degree in bio- 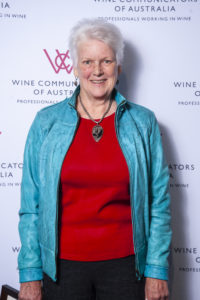 chemistry and horticulture from the University of Adelaide, it was during this time she became interested in wine.  In 1972, Pam became the first female to be accepted to Roseworthy College to study Oenolgy.

Dunsford received this honor in recognition of her outstanding contribution and service to the Australian and South Australian wine industry.

With over 40+ years as a winemaker, Dunsford is well known for paving the way for many women winemakers in Australia and for her guts and determination.  It’s that courage of her convictions to do what she believes in – not just what is popular – that has defined her career.